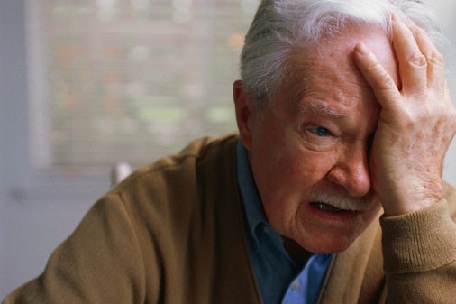 VENTURA, Calif. (CN) – An 81-year-old man claims in court that Diamond Resorts International, a timeshare club, defrauded him of $50,000 and keeps trying to get more.

Louis Wolff claims Diamond Resorts International Club and six affiliates used high-pressure sales tactics to open credit cards in his name, run up bills on them “before plaintiff even realized the cards existed,” and charge him more than $50,000 for “membership ‘services’ in DRI entities.”

Wolff sued Diamond Resorts on March 8 in Superior Court. He claims the abusive sales pitches, on the phone and in person, could last for four to five hours. And despite the $50,000 Diamond Resorts already took from him, he says, it continued to harass him for upgrades to his membership.

“He’s just a senior, with sort of the normal cognitive challenges that comes from being a senior,” Wolff’s attorney Eric Ridley told Courthouse News.  “You get to an age where you become more susceptible, more trusting and maybe a little less discerning. It’s not uncommon thing.” Ridley said his client is typical of many people his age, and susceptible to high-pressure sales, which can be overwhelming.

Diamond International sends buses to seniors’ communities to take them to Nevada, Ridley said. And once they get a name, there will be a nonstop barrage of phone calls. That’s what happened to him, Wolff says in the lawsuit.

Diamond International says on its website that it has a different approach to selling its timeshares. It sells points, which can be used to stay in one a company resorts. Some members complain that the points seem to go down in value or disappear if they are not used quickly enough, or can’t be redeemed for anything of value.

New York Times economics specialist Gretchen Morgenson devoted a long Jan. 22 article to Diamond Resorts, under the headline: “The Timeshare Hard Sell Comes Roaring Back.” One Diamond timeshare owner told Morgenson: “Diamond is much more ambitious, aggressive and downright nasty in their sales presentations compared to Marriott and Westin. Diamond just has an amazing reputation of being tough on people.”

A 77-year-old California woman told Morgenson that after a 5-hour hard sell, which left her “shaking,” but which she withstood, Diamond gave her a voided receipt for a $4,840 charge on her credit card: “The representatives had been so certain that she would agree to the offer that they had charged her card for the down payment – even though she had not given approval,” the Times reported.

Diamond CEO David Palmer told Morgenson he had “belligerently zero tolerance” for any of his sales representatives who “goes off script.”  Diamond reported $845 million in revenue last year, according to the Times article, which cites two other lawsuits similar to Wolff’s, one in Florida and one in California.

Diamond International Resorts could not be reached for comment after business hours Wednesday.