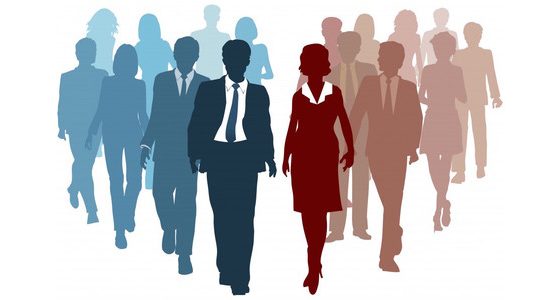 You’ll have to visualize this overprint in your mind. It’s impossible to recreate on a modern computer without custom programming, but in the 1960s it served as a polite and mildly humorous alternative to guessing and getting the honorific pronoun wrong on a typewriter.

Most newspapers and magazines back then didn’t use honorific pronouns to identify the gender and marital status of people being written about, but some publications did and still do today, including The New York Times and The Wall Street Journal. Eventually, even they will have to confront the complexities of growing gender diversity that already challenge marketing, sales, and customer-relations personnel in a wide range of industries – including the timeshare industry.

Further complicating the gender-diversity landscape, The New York Times recently reported that the Trump administration is considering defining a person’s gender according to the genitalia with which he or she was born. “The new definition,” explained the Times, “would essentially eradicate federal recognition of the estimated 1.4 million Americans who have opted to recognize themselves — surgically or otherwise — as a gender other than the one they were born into.”

How does your organization avoid offending individuals in the LGBTQIA (lesbian, gay, bisexual, transgender, queer or questioning, intersex, and asexual or allied) community? Or is it communities? An incisive 2017 article by Chicago Tribune reporter Bill Daley may help you decide.

As gender has become increasingly fluid, an individual’s appearance and self-identity don’t always match. A recent article in Meetings Today makes clear that you must create an inclusive environment, avoiding stereotypes and welcoming diversity. Otherwise, those non-stereotypical segments of the market will feel excluded and will go elsewhere.

To attract and welcome this broader clientele:

— Commit to diversity from your officers and board downward throughout your organization.

— Give special training to your public-contact employees and the people creating your collateral, using appropriate illustrations and inclusive language in marketing and owner/guest services materials.

— Update contracts and other forms to reflect gender diversity.

— Create an inclusive restroom policy for your resort’s common areas.

What other gender-diversity techniques can you suggest? Please tell us at staff@tstoday.com/join, Subject: gender diversity.