What do Hackers do with Your Stolen Identity? 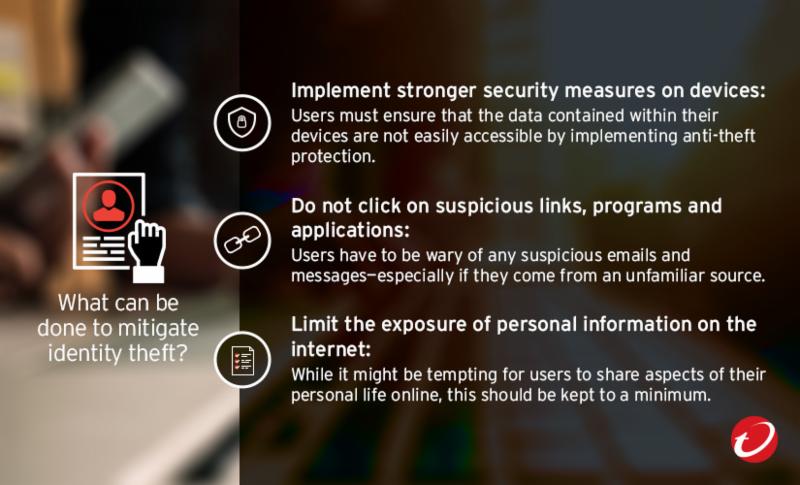 What do Hackers do with Your Stolen Identity?

Identity theft is currently a gold mine for cybercriminals—one that reached an all-time high in 2016, with up to $16 billion worth of losses caused by fraud and identity theft. But what exactly happens with the stolen information?

Identity theft is currently a gold mine for cybercriminals—one that reached an all-time high in 2016, with up to $16 billion worth of losses caused by fraud and identity theft. Most people are already aware that theft can happen due to high visibility cases that occurred during the past couple of years, like the attack on Yahoo during latter half of 2016. While identity theft should be concerning in itself, the real, tangible damage usually comes after, when an attacker uses the stolen information for malicious purposes.

This can have devastating consequences for a user, especially when the attacker starts targeting important aspects of their lives such as insurance, bank and credit card information. Many users are actually unaware that they have been compromised, and get surprised when faced with the consequences of identity fraud.

How is the information stolen?

While the prevalence of high-profile incidents might lead the general public to think that hacking is the primary cause of compromised information, data that we gathered from our paper titled Follow the Data: Dissecting Data Breaches and Debunking the Myths reveals that from 2005 to 2015, device loss or theft was actually the primary cause of stolen information. However, in terms of prevalence, hacking and malware was not far behind. Unintended disclosures and insider leaks also ranked high up in terms of causes.

What happens to the stolen information?

Typically, the type of stolen information dictates where it all ends up. Here are some specific examples of what happens to stolen data.

PII, which is the most likely type of data stolen, is highly versatile in terms of how cybercriminals can use the information. Attackers can often go for malicious attacks that impact the victim directly, by applying for loans or credit cards under the user’s name, filing fraudulent income tax returns, and applying for loans under the victim’s name. On the other hand, victims can also be impacted indirectly when their PII is sold to marketing firms or companies that specialize in spam campaigns.

Financial information is data that is used in an individual’s financial activities. This includes banking information, billing accounts, insurance information and other data that can be used to access accounts or process financial transactions.

When this information is stolen, it could greatly impact a user’s finances. A cybercriminal can use financial information for simple malicious activities such as paying bills, performing fraudulent online transactions, and transferring money out of victims’ bank accounts. More dedicated cybercriminals and groups may even resort to creating counterfeit credit cards for their own use.

Healthcare information pertains to data that is used for an individual’s medical services. This includes hospital records, medical insurance and other related information.

Healthcare is similar to PII in that they also contain a large number of a user’s identifying information. While it can similarly reveal an individual’s personal information, healthcare information can be potentially used to buy prescription drugs that can’t be bought over the counter. This can lead to abuse, especially when it comes to drug-related scenarios for prescription medicines.

Education information refers to an individual’s data based on his educational records. This includes transcripts and school records.

Payment card information pertains to data found in an individual’s payment cards, which include credit and debit card data as well as other related information.

Digital or online credentials refer to data that is used to very that the user is really who he or she is claiming to be. This includes email usernames and passwords as well as online shopping log-in credentials.

Theft of user credentials might even be more dangerous than PII, as it essentially exposes the victim’s online accounts to potential malicious use. Email is often used to verify credentials and store information from other accounts, and a compromised email account can lead to further instances of fraud and identity theft. Emails and social media accounts can also be used to perpetrate spam and phishing attacks, while other cybercriminals may use stolen accounts to pull off espionage attacks or steal intellectual property from organizations the user is a part of.

Based on our research, we also have evidence that these types of information are interrelated. If one type of data, such as healthcare is stolen, there is also a large chance that other types might also have been compromised.

As an example, a cybercriminal manages to get hold of a user’s email credentials. Unfortunately for the victim, this email also contains billing invoices for credit cards, giving the cybercriminal access to bank information where he can apply for possible loans in the user’s name. This email also contains the user’s Facebook account, which also uses the same password as his email. In a single attack, the cybercriminal already gains access to a wide array of information—enough to perform multiple types of identity fraud.

How much is personal information worth?

In a study conducted in 2015, Trend Micro asked more than a thousand individuals around the world to place a monetary value on their data. Respondents notably put the most value on their passwords: (Image)

PII does have tangible monetary value in the underground markets, where the price of stolen information depends on how useful they are to fraudsters. Here are some prices for stolen data we found during our research into the cybercriminal underground markets for the paper mentioned earlier (prices are as of 2015, in USD):

What can be done to mitigate identity theft?

Due to the widespread nature of identity theft, users and organizations must be careful with all personal information—whether it belongs to an individual or to members of the organization. Here are some ways to mitigate or even stop any attempts at potential identity theft.