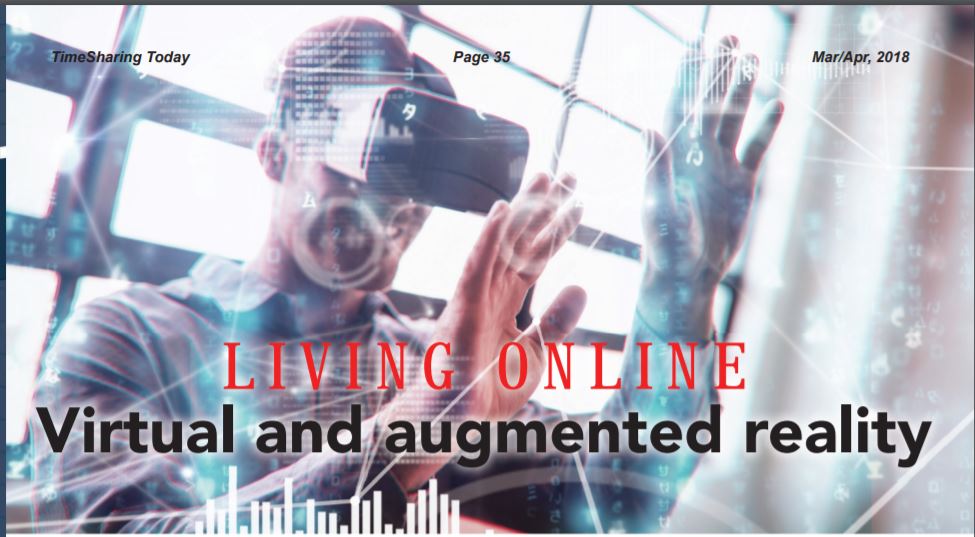 Technology and online life aren’t just about social media. Virtual and augmented reality are real technological advances that can help push the vacation industry into the future. They are accessible to the everyday consumer and can help people explore resorts and get details that aren’t available from a normal computer screen.

Virtual reality (VR) is different from augmented reality (AR); both have specific uses and drawbacks. VR is a 3D computer-generated environment with which someone can interact. It hooks up to your computer, and you put on a headset that covers your eyes and ears. You’re then completely immersed in and able to explore another world. It’s not as extensive as experiencing real life, but it’s a good way to get a full look at an environment. Virtual reality is on the consumer market right now, with many options from which to choose, and is used mostly for video games.

A window to reality

Augmented reality refers to a spectrum of different things. It isn’t as immersive as VR, but it’s a lot less expensive, because you don’t need to buy a headset and new software to use it. AR still allows you to explore new spaces, but in a less upfront way.

The most popular versions are 360-degree videos on Facebook and YouTube, where you can use your smartphone as a window into a concert or, for our purposes, a timeshare suite. You can physically move your phone around in a circle to see all angles of the video.

More advanced versions of AR would integrate technology into a pair of glasses for use as a handless computer. These models exist, though they aren’t as successful. The drawback of AR is that you can’t explore the space as you can in VR. The distance from the camera to the event you’re watching will stay the same.

All the way around

The basis of both AR and VR is 360-degree video that can show the entirety of a room instead of a fixed perspective on just one area of a room. The cost of these videos varies because they can be complicated to make. Making content for VR is more expensive because the environment needs to be fully immersive and computer-generated.

Most people who use VR will want to interact with and walk around the environment. The obvious application of VR and AR to the vacation industry is in-depth tours of hotel rooms and resorts. These tours will allow consumers a new perspective on resorts, and could convince more people to buy a timeshare. This technology also can revolutionize the dreaded timeshare presentation. Prospects may choose to take a virtual tour that would be almost like a personal visit to the resort. This won’t end up replacing actual vacations, but could be a great way to get more people to see a resort before they go. One drawback is that VR headsets can give some people motion sickness, so the technology won’t work for everyone—but VR and AR are becoming widely adopted in households today. It’s another part of online culture that the travel industry can embrace.

Kristina Payne is the social-media coordinator for TimeSharing Today.